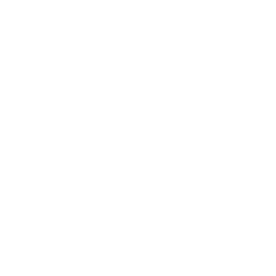 The History of Regenerative Medicine

After injury, there are two possible outcomes: tissue regrowth or regeneration and scarring or fibrosis. It is the task of regenerative medicine to promote the former.

Even before the term regenerative medicine came to be, humans have sought ways to regenerate tissue and organs or restore their functionality. The first attempts might seem primitive from today’s point of view, but some of these techniques and interventions are still used to this day.

Ancient civilizations have paved the way for modern medicine through their discoveries and innovative techniques. Had it not been for these pioneers in the field, modern regenerative medicine would have been much less advanced than it is nowadays.

Regeneration was certainly of interest to the scientific world since the dawn of time. Even the famous ancient Greek myth tells the tale of Prometheus the Titan, an immortal who stole fire from Zeus to give it to mortals. For this he was banished to the Carpathian Mountains and brutally punished: he was left chained to a rock where he would fall prey to a ravenous eagle. The eagle would pick at his liver night after night for the next 30 thousand years. But here’s the interesting part: Ancient Greeks knew that liver was the only organ that can regenerate and repair itself, all on its own.

In the early 16th century, surgeons Cosmas and Damian performed tissue grafting. The truly revolutionary change took place much later. Later, regenerative medicine started to evolve through the increasingly sophisticated work done in the field of transplantation in mid-1950s.

All of this ultimately led to bone marrow transplants for leukemia patients which, in turn, promoted further research in the domain of cell therapy. As a result, it was possible to create, grow and harvest transplantation tissues in a laboratory which ushered in the era of tissue engineering. Finally, regenerative medicine as we know it was born.

Nowadays, we have minimally invasive forms of treatment performed using HCT/Ps at our disposal. These include regenerative medicine injections which contain HCT/Ps such as PRP.

Exploring Every Avenue to Help You Restore Your Health

Complex health issues require a forward-thinking approach, sophisticated answers and customized solutions, and that is where we come in. Fix Medical Group in Mission Valley is the go-to place when you are looking for a faster way to regenerate and recover from injuries or heal tissue damaged as a result of an illness. We are here to lend you a helping hand and help you restore your body’s health, structure and functionality through the various types of regenerative medicine procedures. All is not lost when you have San Diego’s leading regenerative medicine specialists on your side.

What Is Junk Food & Why Is It Bad for You?

The ABC's of Health